Best Beaches In The World: The 2020 Edition

And while it is true that what makes a beautiful beach is often in the eye of the beholder, some spots can fairly and accurately be ranked as some of the best beaches in the world for their beauty, the quality of the water and surf or sand, the amenities, and more.

Phuket – Consistently, the beautiful beaches of Phuket, Thailand rate as some of the world’s best beaches in the world. Most experts cite the clear waters, white sands, and generally uncrowded conditions. If the word pristine may be over-used in travel writing, it is apparently not accurate enough for the preserved natural beauty of the beaches here.

Costa Rica – Many experts repeatedly point towards this amazingly well-protected, Central American country. With more than 27 national parks (several have turquoise waters within their boundaries) and over 800 miles of coastline, it makes little wonder that the beautiful beaches of Costa Rica also rank as some of the best beaches to visit. Because many are also flanked by luxury beach rentals, many of the top beaches also rate as the best for beach vacations in the world. Recommended beaches are those of Manuel Antonio National Park, the Nicoya Peninsula, and the Guanacaste province often called the country’s Gold Coast.

Santorini – Picture-postcard perfect scenery is a notable feature of this Greek destination, and yet Santorini is also home to some of the best beaches in the world. Framed by famous cliffs, it also has red sand beaches, flawless turquoise sea waters, and even a black sand beach. There are year-round good weather conditions making it possible for travelers to experience some of the most beautiful beaches in the world at any time of year!

Turks and Caicos – These islands are noted for their natural beauty, and the largest island (Provo or Providenciales) is also home to what is consistently rated as one of the best beaches in the world or one of the best beaches in the world – Grace Bay Beach.  It is over six miles of white sand and turquoise water in total length and has more than one million visitors each year. And though you might think it is overcrowded, it never has that sort of feel. It is also home to a long list of celebrities and A-listers, as well as some of the best Turks and Caicos private villas imaginable.

Crete – Another spot in Greece, it is a visually stunning place that is full of historical sites and natural wonders. Much of our modern mythology can be said to be linked to the island, and lots of visitors return to this enchanted destination because it is home to one of the finest beaches to visit and experience – Elafonisi Beach. A nature reserve, it is rarely crowded because of a ban on beach chairs and umbrellas. It is home to loggerhead sea turtles who make their nests on the warm white sand which is also a preserved space that has more than 100 kinds of rare flowers that bloom along the shore. It is among the quietest coves to enjoy and is the subject of thousands upon thousands of traveler’s photographs every year. 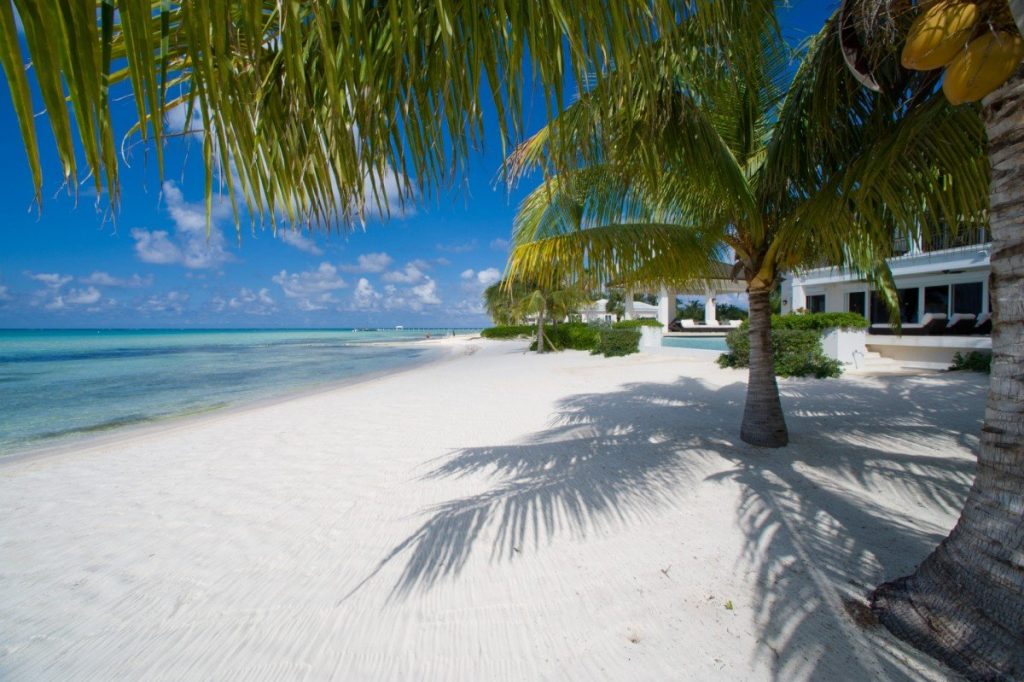 Cayman Islands – While there are three islands that make up the Cayman Islands, the Grand Cayman island is home to one of the best beaches in the world, but also one of the more incorrectly named beaches. Seven Mile Beach is less than seven miles in length and has consistently ranked as a top ten beach for years. It is on the western edge of the island and home to pink sands and truly sparkling blue waters. It is dotted with lots of luxury villas and every inch of it is free to the public – meaning you can walk its entire length. It is flanked by beach bars and lots of tasty restaurants and beach shacks, and it is home to lots of excellent shops, reefs, and more.

Hawaii – As no surprise to anyone, the island chain that is given the single name of Hawaii is home to several of the best beaches in the world as well as some of the most unique and prettiest beaches in the world. After all, the “Big Island” or Hawaii proper is home to beaches of black sand, and even a green sand beach. The island of Maui is home to Wailea Beach, with some of the  finest blue waters and most beautiful views. Kauai Hawaii, the oldest of the islands is home to lots of familiar sites from Hollywood films and shows, and is also where several top beaches are found, including those in Polihale State and along the Napali Coast. If you want gorgeous scenery and some surfing conditions, Poipu Beach is your beach of choice.

Barbados – There are multiple beautiful beaches that rank as some of the best in the world, and you’ll find them along every part of the island. However, when you want quieter and more sheltered blue waters, head to the western and southern areas. Beaches like Silver Sands and Miami Beach along the southern coast and Pebbles’ Beach, Needham’s Point, Browne’s Beach and Folkestone Beach in the west are all some of the very best beaches of the island. In fact, the western coast is often called the Gold or Platinum Coast and is home to some of the finest villas the Barbados west coast has to offer.

Is this a complete list of the best world beaches? Not at all! There is the entire Punta Cana area in the Dominican Republic, the Playa del Carmen area of the Yucatan Peninsula, Tulum in Mexico, the beaches at Puerta Vallarta, Montego Bay in Jamaica, and so many more around the world. It is a good idea to plan a visit to many of them and find out just what makes a good beach the “best” beach in your opinion. It’s an excellent way to experience many different settings while savoring the delights that only a beach holiday can ensure.

YOU MAY ALSO LIKE:
3 of the Finest Things to Do While Traveling in the Maldives

You are planning your upcoming getaway to the Maldives, and you might be surprised to discover that only a few of your family, friends or acquaintances are clear about just where the Maldives are located and what you can do during a stay. As the experts at Forbes explained, it is an area “tucked away […]

Many travelers do not know that the area that is now Punta Mita in the Riviera Nayarit area of Mexico was once home to the Huichol people. They believed the region was a place of spiritual renewal. That last bit may come as no surprise if you have visited the area in the past because […]