Finally emerging from the shadow of its wildly popular neighbor, Tuscany, is the region of Italy known as Umbria. With a reputation for stunning beauty, impeccably preserved landscapes, and celebrated culture, it is a place that is both easy to explore and easy to love.

The popularity of Tuscany thanks to many books and films about it in recent years has allowed Umbria's immense appeal to be overshadowed and even forgotten. Fortunately, many are now giving it proper attention again, and savvy travelers have realized that it is an ideal space for all who love food, wine, nature, scenery, art, culture, architecture, history and so much more. In fact, some call it Tuscany without the tourists.

Isle Blue features an elite collection of Umbria villas and holiday rentals. Enjoy a peaceful and serene retreat with majestic landscapes that is the true essence of La Dolce Vita. Contact our Italian villa specialists today to find your perfect vacation home in Umbria. 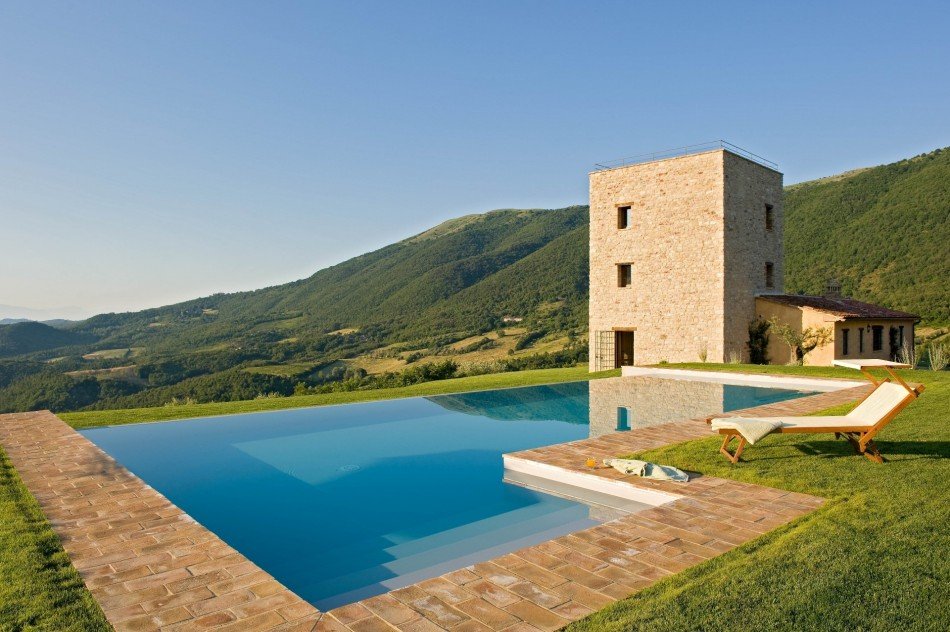 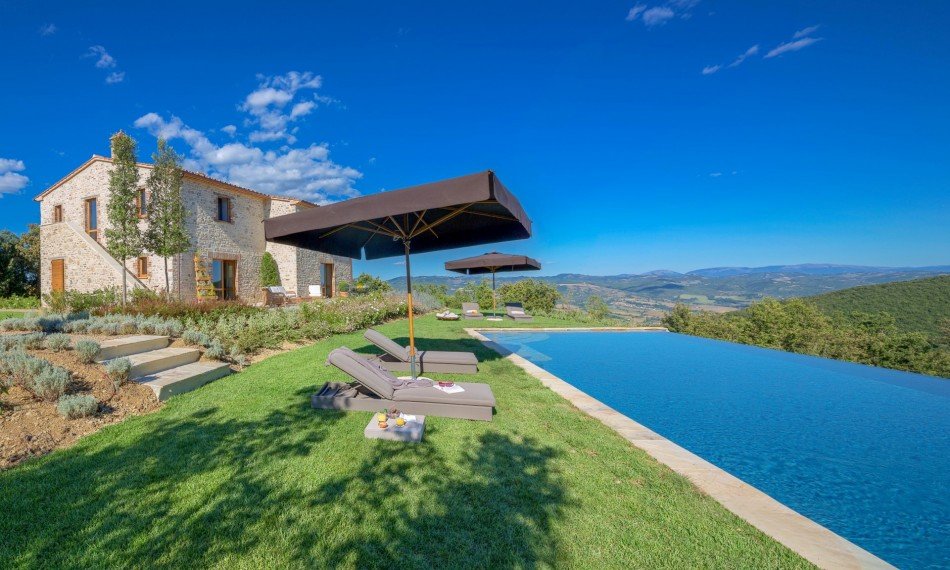 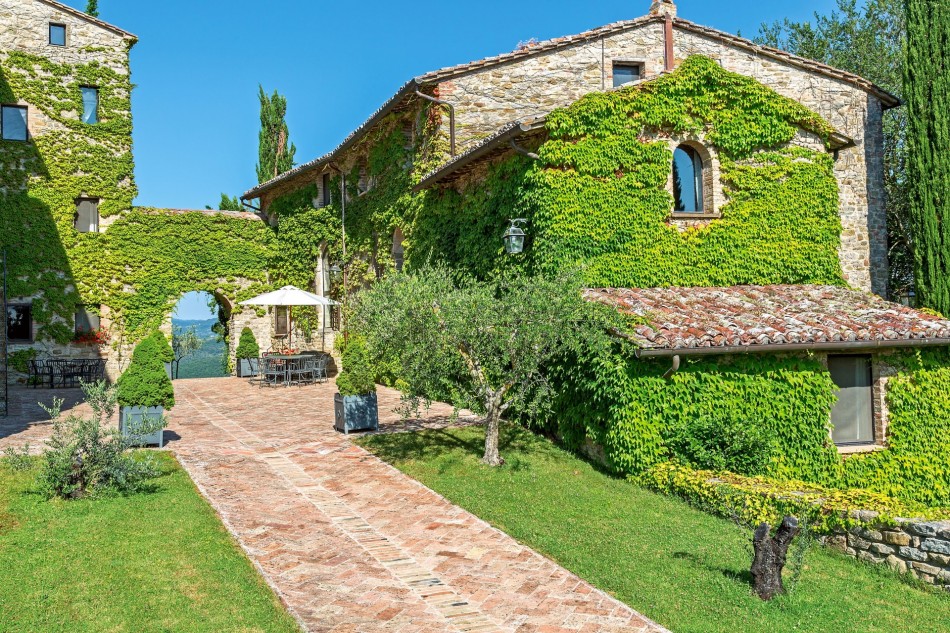 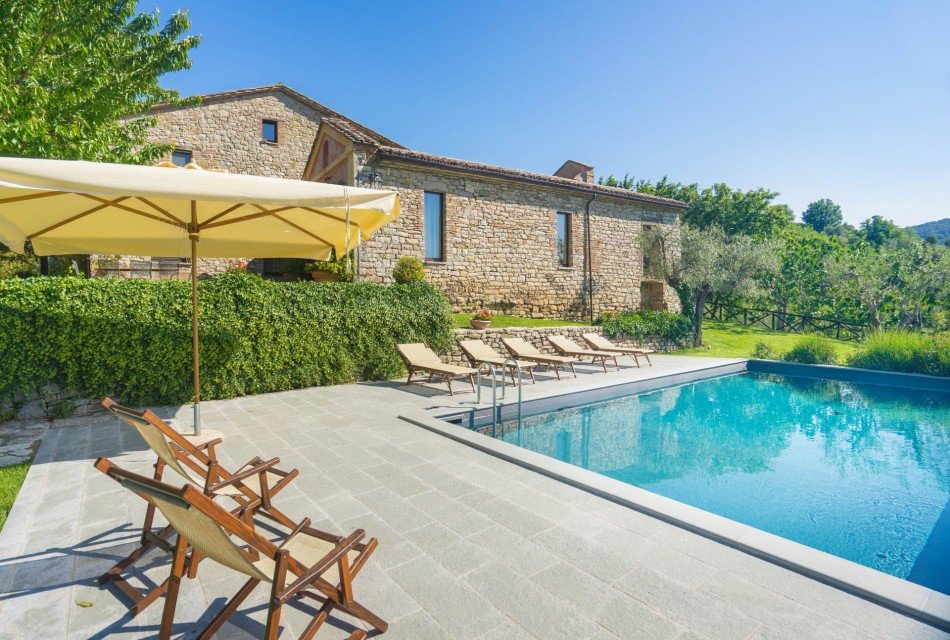 Located on the borders of Tuscany, Umbria gives travelers the best of both worlds. They will find the area to be full of history and culture, and full of rolling green hills and wide valleys. Yet, you still get all the benefits of being so close to Tuscany.

This section of Italy isn’t quite as populated other areas which makes an Umbrian vacation more pleasant and relaxing for many. While there isn’t any sea access in Umbria, travelers will find one of the largest lakes in the country here. An Umbrian trip is full of laid back days at the winery and evening strolls through the quaint, historic towns.

Things to Do on Your Umbria Vacation

While the area may be more laid back than other portions of the country, that doesn’t mean that there are not plenty of entertainment options awaiting the traveler that makes their way to Umbria.

On the top of everyone’s list during an Umbria trip is Perugia. This is the capital city of the region and is considered one of the great art cities in Italy. It is renowned for its jazz music and chocolate festivals; however, it is often forgotten when visitors plan their trips to Italy.

Another popular attraction in Umbria is the Castiglione del Lago which is a town nestled on the shores of Lake Trasimeno that is home to the castle Rocca del Leone. Visitors will find the area steeped in history as well as high-quality wineries.

Those that enjoy the history of the region won’t want to miss the town of Gubbio. A town that dates back to medieval times, the architecture showcases medieval, Gothic, and Renaissance styles with plenty of gray limestone buildings. There is even a Roman amphitheater just outside of the town’s borders. Some of the other noted buildings include the Church of San Francesco, the Piazza Grande, and the Duomo which is a church built in the 13th century.

Things to do in Umbria

Places to Eat on Your Umbria Trip

One of the main reasons most people visit Italy is to enjoy the many culinary treats the country has to offer, and a visit to Umbria won’t disappoint the taste buds. The region offers some of the most exceptional food options in the country, and anyone on an Umbria vacation is sure to have their fill to eat any meal of the day.

There are many culinary options in Umbria that the region is known for including black and white truffles, extra virgin olive oil, and salumi. The dishes that are must-tries when you are in the region include porchetta which is the most famous street food in Umbria, and torta al testo which is a flatbread that is cooked on a stone.

When visiting the city of Assisi, the visitors should stop in La Piazzetta dell’Erba to experience some of the best local cuisine made with fresh local ingredients. Meat lovers will want to visit Scottadito in the city of Bevagna. This restaurant is owned by a butcher that operates the restaurant in the evenings after closing the butcher shop for the day. It is the best place in all of Umbria for feasting on grilled meats.

Travelers that want a true Umbrian experience from beer to beef, Osteria a Priori in Perugia is the place to eat. This restaurant serves wine, beer, lentils, and beef all locally sourced!

Where to Stay: Umbria Holiday Rentals

Traveling around the region requires making use of the rural roads, and while it can be slow going in some areas, it does offer guests the most phenomenal of views. The wooded hills and miles upon miles of vineyards look just like a postcard whether one is witnessing them from the window of a rental car or from the front porch of an Umbria vacation rental.

The holiday properties in the area tend towards the farmhouse style which is prevalent in the region. However, visitors will find the villas are completely renovated to offer all of the modern amenities without losing any of the soul of the region.

Located in Perugia, Villa Lavise is an excellent choice among Umbria villas as it sits on the crown of a hill and offers glorious views of the countryside. A three-bedroom property that can sleep up to six guests, this villa was originally constructed in the 14th century. The walls and floors are made of thick stone that keeps the property cool even in the middle of summer. There is a private pool for guests to enjoy, and there is a small village within walking distance.

Another quality Umbria holiday rental is called Villa Borgo Palmentino which is also located in Perugia. This sprawling property sleeps up to 26 guests, and it contains 13 separate bedrooms. The home is over 500 years old, but it has been recently renovated to ensure all of the modern facilities are available. Guests will find themselves staring out onto olive groves or pomegranate orchards from the large windows of this airy home. The home comes with a team of staff including housekeepers and gardeners.

The Shores of Lake Trasimeno​

Umbria may be the only region of Italy that does not border either the sea or another country, but it does still contain one of the largest lakes in the country. Lake Trasimeno is the fourth largest lake in Italy, and it is full of several kinds of fish. There are several beaches on the lake that offer visitors places to swim, go canoeing, and even play beach volleyball. Visitors can also find places to camp along the shore.

There are three small islands within the lake called Isola Polveses, Isola Maggiore, and Minore Isle. The only one that is inhabited is Isola Maggiore which contains a very small fishing village that was established prior to the 14th century.

Before booking your Umbria vacation rentals, travelers need to decide when to visit. The weather is fairly reasonable all year long, but the best time to relax in Umbria is during the fall when all the trees are changing colors. The rolling hills covered in a riot of red, orange, and yellow is absolutely breathtaking.

The rainfall is about average for the region in the month of September, but if you prefer a visit during the driest time of year, July is the best month to book your Umbria villa. The temperatures in September and October can tend to be fairly comfortable, but travelers should make sure to bring a sweater for the chillier evening hours.

The best way to get to Umbria is by train. There are direct lines that leave from Florence every two hours. However, for those visiting from outside of the country, a flight into Umbria International Airport may be in order. The airport is located in Perugia, but it is small and has limited flights.

Any trip to Italy is well worth spending the vacation dollars on, but a trip to Umbria may be as near to perfection as one can hope to achieve. The countryside is picturesque, the cuisine is mouthwatering, and the Umbria villas are historic beauties.

SIGN UP AND RECEIVE A US $100 CREDIT
Stay up to date with our special offers, travel tips and the latest Isle Blue news.
signup